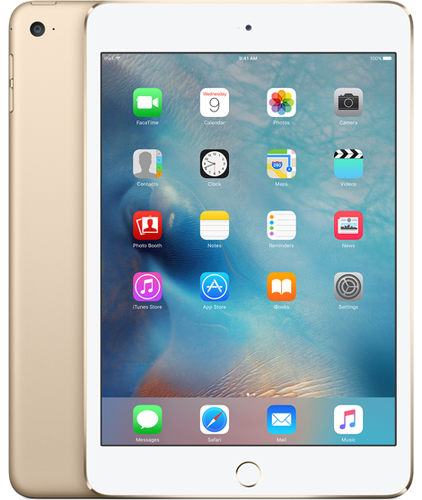 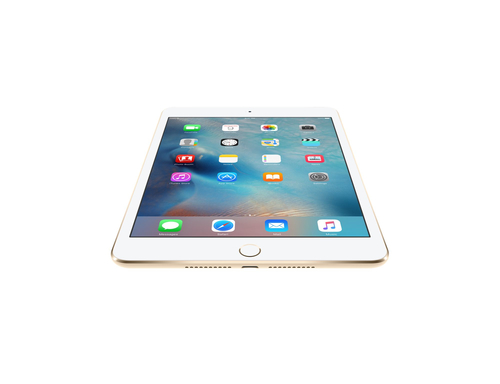 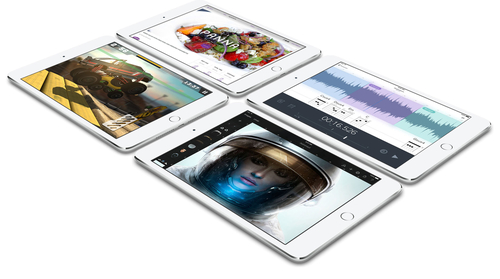 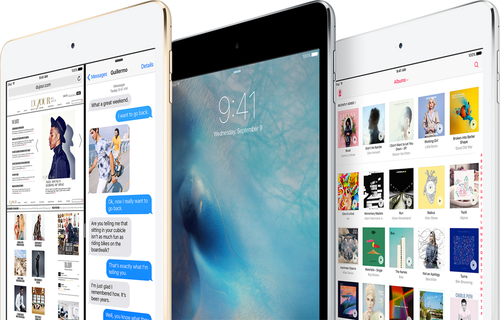 Power that’s anything but mini.
The heart of iPad mini 4 is our A8 chip with second-generation 64-bit desktop-class architecture. Its astounding performance makes everything from editing a movie to playing 3D games smooth and effortless. And with up to 10 hours of battery life, iPad mini 4 gives you plenty of time to study, play or create whatever you want, wherever you want.

Small in size. Big on performance.
The A8 chip gives iPad mini 4 incredible capabilities you can take with you anywhere. With 64-bit desktop-class architecture, the A8 delivers speed and responsiveness that rival many personal computers and games consoles.

Remarkable graphics performance.
The A8 chip has an astonishing 60 per cent faster graphics performance than the A7 chip. So iPad mini 4 boasts graphics once possible only on desktop computers and gaming consoles. Graphics-intensive games and video editing apps run superbly, and they look gorgeous on the beautiful Retina display.

Metal. A real game changer.
To get the greatest graphics performance out of the A8 chip and iOS 9, iPad mini 4 takes advantage of Metal — an Apple technology that lets developers design highly immersive console-style games. Metal is optimised to allow the CPU and GPU to work together to deliver detailed graphics and complex visual effects. So every imaginary world feels more realistic.

Work faster. Play harder.
Everything runs better on iPad mini 4. And thanks to the A8 chip, graphics-intensive apps are, well, intense. Video editing, modelling and design apps, and games — especially games — come to life, with incredible responsiveness, fluid motion and fleet performance quality.

Battery life that keeps up with yours.
The A8 chip isn’t just powerful, it’s also power efficient. With up to 10 hours of battery life, it can handle work, play and everything in between. And thanks to advancements in iOS 9, iPad mini 4 can make that power last even longer.

M8 coprocessor. An incredibly powerful way to use less power.
When you’re in motion, the new M8 motion coprocessor continuously measures data from the accelerometer, compass, gyroscope and a new barometer. This offloads work from the A8 chip for improved power efficiency. The motion coprocessor also continuously calibrates all five sensors, so when you want to play a game or use the Maps app, iPad mini 4 is ready and able.

The innovation behind the iSight camera.
The iSight camera in iPad mini 4 uses the Apple-designed image signal processor built into the A8 chip. It supports advanced camera and video features, like better face detection and enhanced noise reduction, so it’s easier to shoot higher-quality photos and videos.

The package does not include a charger. For mobile phones most of us have multiple of cables at home and we don’t want to create more e-waste. For laptops we rarely have good condition chargers and we can’t sell something that we can’t give warranty to. We are working on having new chargers for sale as soon as possible.

All devices have a 12 month warranty.